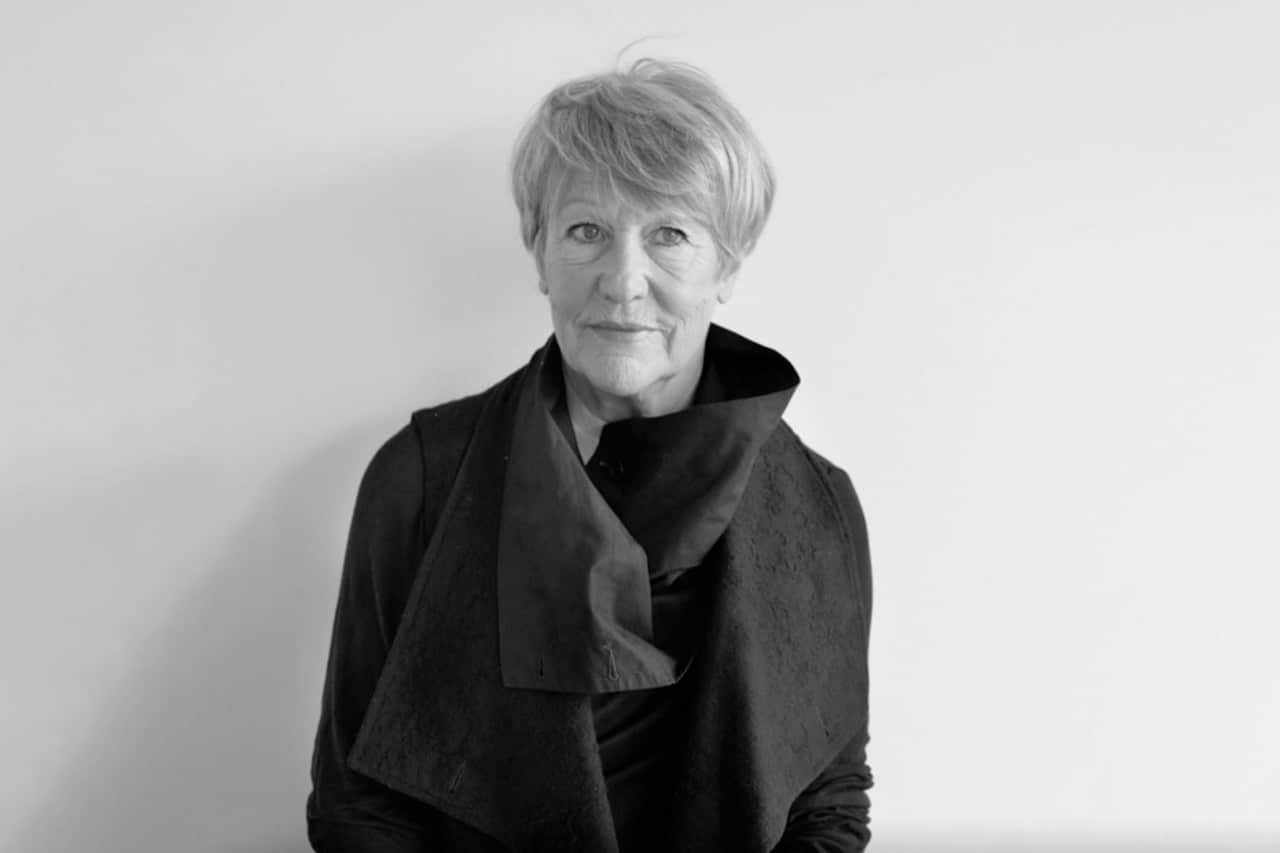 You’re into doing a 6-months internship and get 2.500€ on top? We have good news then! From now on, you can apply for the Baumeister Academy scholarship. This year you have the chance to be an intern at Adjaye Associates (London), Super Future Collective (Nürnberg), SeARCH (Amsterdam), Henning Larsen (München) or Urban Design (Stockholm). Urban Design? Being located in Stockholm it was founded in 2001 and counts now up to 20 employees. We discussed with Alessandra, Maja, and Michael the advantages of a small office and why Stockholm is worth more than a visit.

The Swedish architecture office Urban Design works on building a more sustainable and resilient society. They are especially interested in two critical areas of interest in the building industry: environment and resource use. Urban design aims in developing sustainably their environment.

If you would have to do an internship today. Where would you go?
Alessandra: I would go somewhere where I would get some salary and where I could learn a lot besides just being an intern. For example, I went to the Netherlands because they were working with sustainability which was my Masters at the University.

Maja: My first thought was, what type of firms or architectural context would I want to experience? And countries that first popped up in my head were Switzerland and Japan, to be in firms like Peter Zumthor or Junya Ishigami for example.

Alessandra: But there’s a practical issue there, those two countries are very expensive. You need to survive you know.

Maja: I think of the question more theoretically, like imagining I didn’t have my family here and I could just go somewhere for half a year and immerse myself in something – then I think it would be interesting to go there, and to many other places of course. It’s not realistic concerning my life circumstances, it’s a dream.

What about you Michael?
Michael: I think it’s good that we’re three different people with three very different perspectives. My first interpretation of the question was “the place”, which is actually more interesting than the firm. I think rapidly urbanizing places are the most interesting for architects, because that’s where opportunities exist for architects. I also think the places with apparent conflicts are interesting, where there are issues of different desires and different needs, where the social and political landscape is like a minefield – like in border areas. One very obvious one is the Mexican-American border.

Do you have an example of an architect working in border areas?
Michael: There is an architect in San Diego, Teddy Cruz, that is working with the Tijuana Baja California border with exactly these issues of the differing needs on both sides and how these communities can work together. How you answer some of the socio-political issues with new typologies. I think architecture gets most interesting when it’s trying to solve a real societal issue.

“As an intern it’s better to choose smaller offices.”

Why should an architect choose Urban Design as a workplace?
Alessandra: As an intern, it’s better to choose smaller offices. In general there is just so much to do and fewer people to do it. Therefore, you can do many different things and learn about different perspectives. The environment is also warmer, so it’s a soft start but at the same time, you are learning so much. That’s what we offer basically. And all the previous interns have always been satisfied with the experience here, they want to come back after their studies, so that’s also a good score.

Maja: One quality of the office is that we have moments when we zoom out and discuss architecture in different ways. It could be about projects or themes or computer programs or whatever. Either the whole office on Mondays, or just in smaller groups, and it’s a welcoming atmosphere to do so.

Michael: I agree that we have a running dialogue about architecture, like a common thread beyond the project-specific. And that’s maybe not the norm at all places, although it should be. We dedicate time for that. I also think we’re pretty open. Some companies have a very set process about how they solve a design problem or how they work through architectural problems. We don’t have that. We are still a little bit more experimental. For example by using different methods and trying out new tools.

Maja: And it’s a lot up to the people in the project to define how they want to approach a task…

Michael: Yes, it’s not steered from the top as much, we don’t have like a cookie-cutter method. Which means that someone can come in with less experience, or other experiences, and contribute. We’re a very heterogeneous group with different people and different backgrounds, and in that way it is easy for somebody to come from the outside and still be a part of something.

Stockholm – why should it be Stockholm?
Alessandra: It’s a capital, so from a practical point of view that’s a good environment for an intern coming from abroad. Everybody speaks English, it’s full of international people so you can build a mixed network with many different nationalities. It’s pretty inspiring. When I moved it was also a very good market for architects. It’s maybe not the same situation now, but it’s still a lot of building sites, the skyline is full of cranes: There is work. And it’s a beautiful city.

Michael: The demographics has changed a lot. The population is getting younger, we have a lot of immigration, it’s much more mixed ethnically and culturally than just five or ten years ago. It’s a place that is on its way to becoming something else.

Maja: But is it mixed? Isn’t it more segregated than ever?

Michael: Well mixed, I guess it depends on what scale you’re looking at. Södermalm is not mixed, but the Stockholm greater region is mixed. But yeah, also very segregated. That is interesting though, it’s something to work with, politically and even architecturally. Isn’t Stockholm still struggling to become a bigger city? The structure of the city is actually changing. New metro lines, and all these infill projects that are occurring and trying to bridge the gaps. There aren’t so many cities in Europe that are actually growing like Stockholm is at the moment.

This is your first time at the Academy. Why do you participate?
Michael: Because we are open and curious, and we have an internationally mixed gang. We want to continue with that and hope that Baumeister can allow us to meet interesting profiles that we wouldn’t find ourselves.

What do you expect from your interns?
Michael: I think the greatest thing is that whatever task you get, you take it on with enthusiasm and you apply a design methodology to it. If you are given the task of making an excel worksheet you see it as a design problem. It doesn’t mean it has to be pretty, but it should solve the need in an inventive way. The best thing is when somebody surprises me and gets back with an answer that I didn’t even think was possible. It’s so boring to get back exactly what you ask for. So… enthusiasm and surprise. Reliability is also a good thing.

Maja: I would add openness and courage. The first time I was an intern I was quite nervous in the beginning, and it takes some courage to be open and not pretend that you know stuff if you don’t. Be honest, ask questions, let people teach you.

Michael: Courage, when you’re solving problems, is also a good thing. If you’re too afraid to make a proposal, then we can’t talk about it.

Maja: One key being courageous is to be as you are, it sounds like a cliché but it helps. I was in one office for a short time when it didn’t work well, and I felt that I never got the chance to open up and contribute. But in another office, it worked from the beginning and I got confident and could just be like one of the others in the group, with my specific strengths and weaknesses.

Michael: So, a balance between humility and self-confidence. And trust that the climate is open.

“For many people everything feels equally important in the beginning.”

Those who come from directly from the university: Are they good in what they do? What’s missing?
Michael: It’s obvious that they’re good in digital stuff. They sometimes miss the customer perspective, but you can’t expect that. But that’s a pretty obvious thing that you quickly need to understand how the customer influences the direction of the projects.

Alessandra: Yes, naturally they’re not practical sometimes. At the university you can do whatever you want, there’s no money issue, there’s no one saying „No – I’m not going to pay for that“.

Michael: Another thing maybe missing is the experience of prioritizing. For many people, everything feels equally important in the beginning. It can be hard to sort out what is the most important thing to solve right now, and what can be solved two months from now. To see what is important – maybe, “if we do it this way we change the framing of the question”… these are things that only experience can give you. It happens that younger people don’t respect their older colleague’s perspectives and think they are boring. But maybe experienced people are just quicker at sorting through the parameters and knowing the limits of the issue.

Alessandra: It’s the same thing when you are presenting things. How deep do you have to go? Sometimes a sketch is enough…

Michael: Exactly. What is the task, and what tool or method do you need to get to that answer? There has to be a dialogue between others in the office that are maybe more experienced and see “Ok, this is all we need, we need a section and we need a perspective”.

Your biggest success?
Michael: Winning the “Tekniska Nämndhuset”. It was a large competition we won in 2014 together with the Spanish firm SelgasCano.

And your biggest defeat?
Michael: Loosing “Tekniska Nämndhuset”.  We won the competition but in the end, the project was never realized, due to an election that changed the political majority in Stockholm.

Your biggest fad?
Michael: Ice skating at the Christmas party.

“Don’t stick around in one place too long.”

Your advice for aspiring architects?
Michael: Don’t stick around in one place too long.

Alessandra: Try a little bit of everything and try to see what you like to do. You have all the theory of the world but you need experience.

Michael: Find a good balance between demanding what you want from your working context, but also being humble to the opportunities you get. You shouldn’t compromise when it comes to in what situations you put yourself. It is so fundamental to who you become. I was also thinking about Peter Zumthor – whom you mentioned earlier – who began as a cabin maker – that good architects often have some other things in their bag. That they either had before and bring with them or some competency or talent they develop beside practicing. Try to be all around too, as a person, not just an architect.