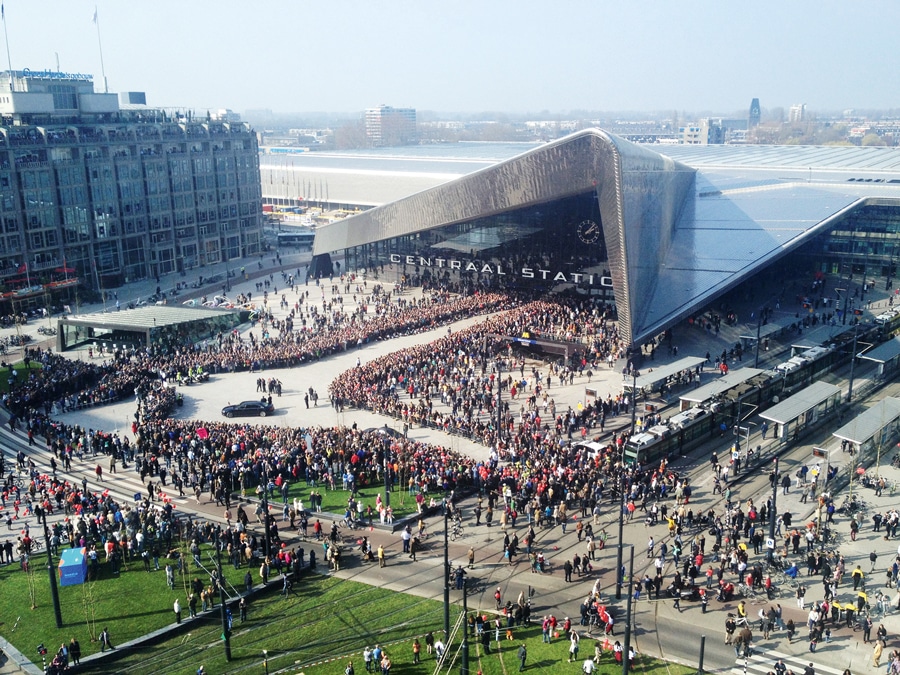 The opening of the Rotterdam Centraal Station was a big event in the city.

The new Rotterdam Centraal Station could be considered the latest addition to the city’s squares. To meet the complexities of the site, the team of architects and landscape architects developed a design that conceives of the station as an open space rather than a building. A continuous band of pavement runs through the entire structure connecting the new station with the city. 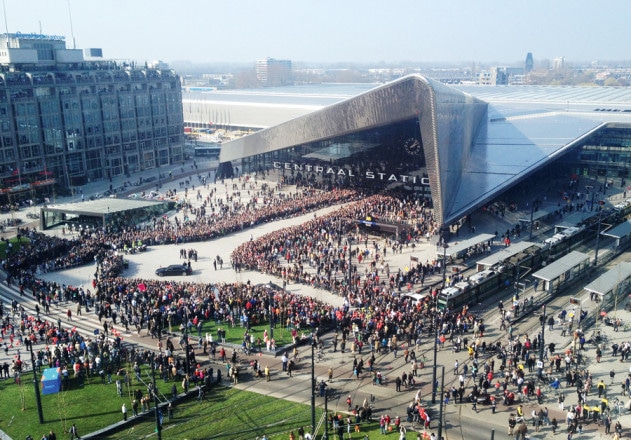 The opening of the Rotterdam Centraal Station was a big event in the city. Photo: Luke Harley 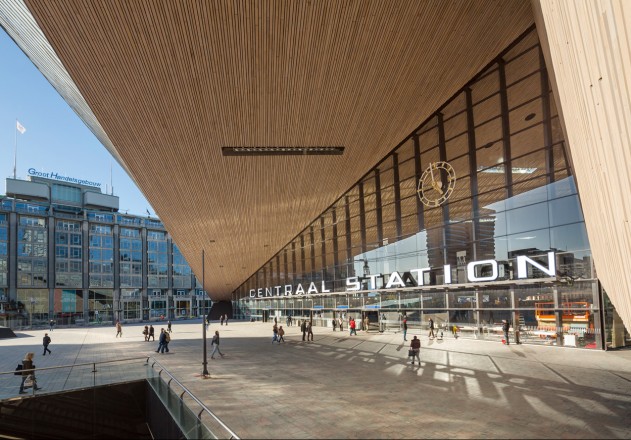 The entrance of the Rotterdam Centraal Station with the letters from the old building. Photo: Jannes Linders 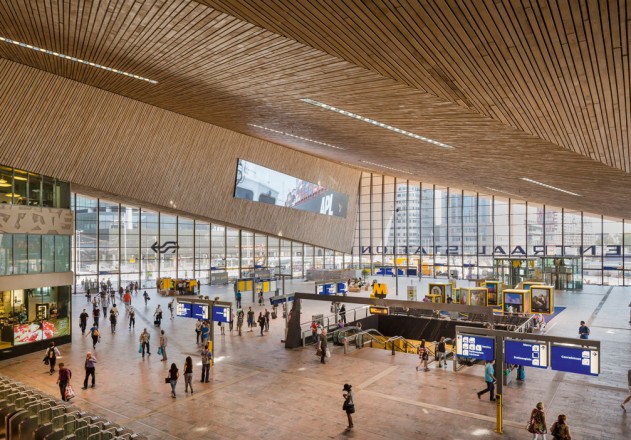 Over the main entrance the roof is folded. Photo: Jannes Linders 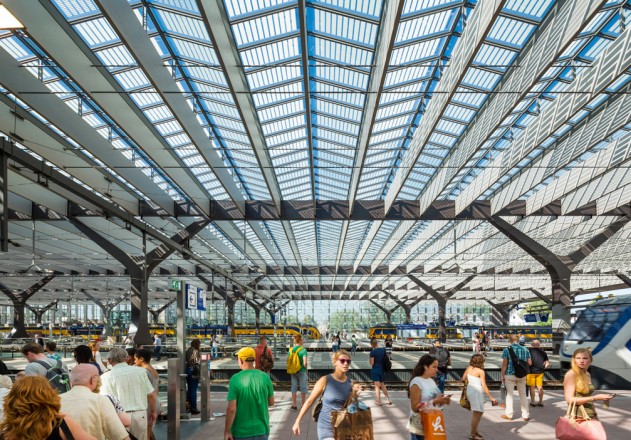 Above the platforms the roof creates a light and airy atmosphere. Photo: Jannes Linders 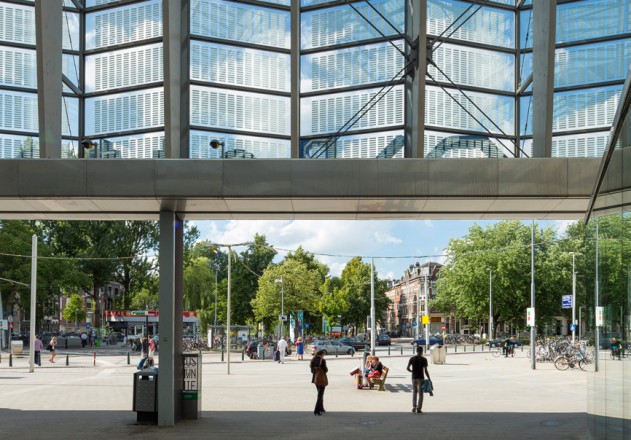 On the northern side towards Provenierswijk the roof folds into a facade. Photo: Jannes Linders 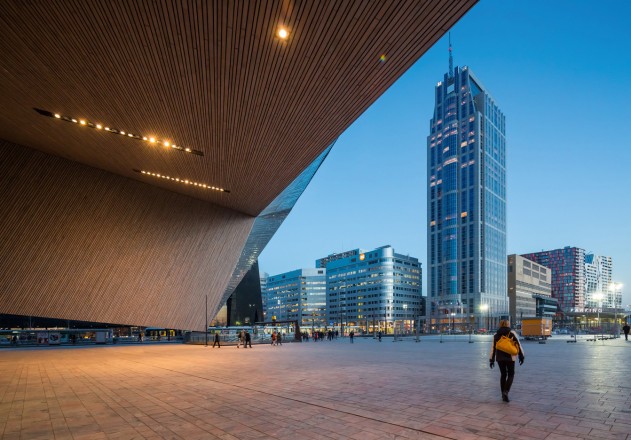 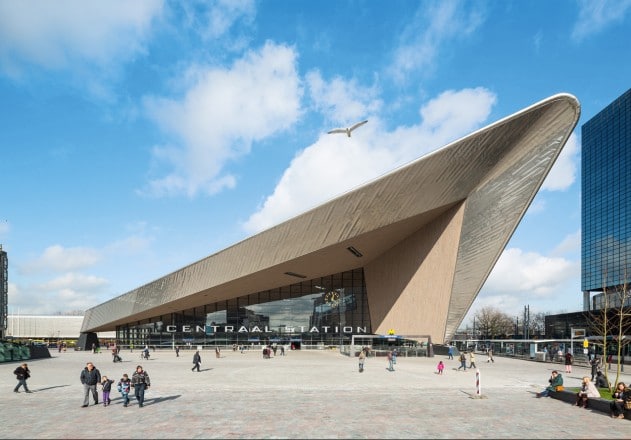 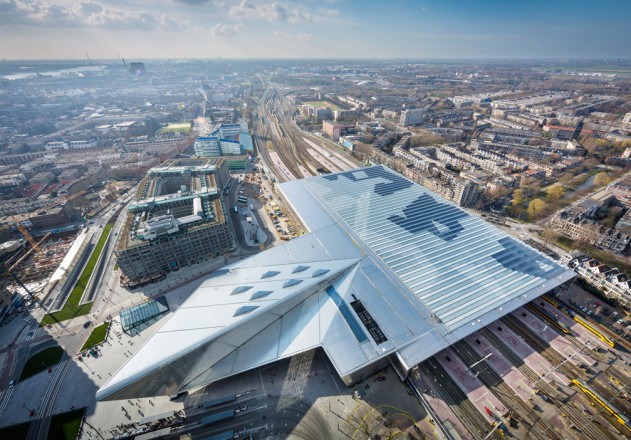 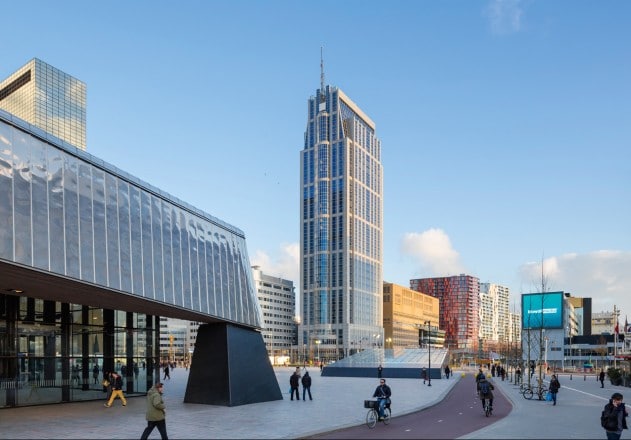 The normal business of the train station continued while construction. Therefore some of the main structures where left untouched. Photo: Jannes Linders 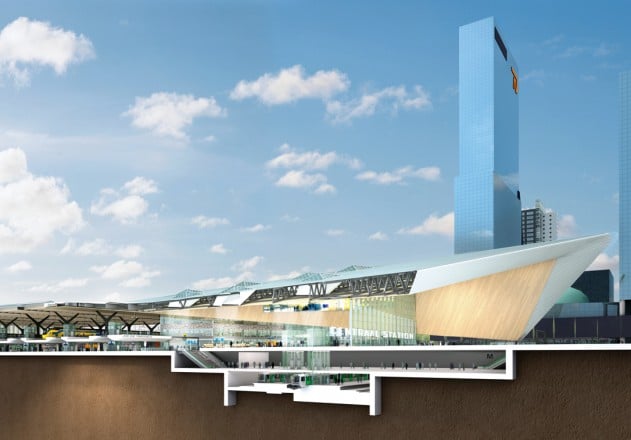 In the course of the last 10 years a new iconic Rotterdam Centraal Station arose at the place where before a humble city station was located. Responsible for the design is Team CS, a cooperation between Benthem Crouwel Architects, MVSA Meyer en Van Schooten Architecten and West 8. Team CS approached the new station complex not as a terminal building, but as a square. “All team members had an allergic reaction against closed terminal buildings,” Adriaan Geuze, landscape architect and partner of West 8 urban design & landscape architecture explains. Conceiving of the station as a square helped to master the complexities of the commission and offer Rotterdam and its citizens a safe and comfortable urban environment.

Multiple complexities. Rotterdam Centraal Station is a highly complex project for many different reasons. To begin with, the building ensemble itself is a transfer point where different modes of transport like train, metro, bus, tram, taxi, bicycle and car as well as pedestrian traffic require their own logical space. Commercial spaces, offices, areas for travellers’ services and large parking areas for cars and bicycles needed to be integrated in this tangle of infrastructures. Furthermore, there are the users of the complex, a diverse group of people comprising commuters, tourists and other visitors, and the people who live in Rotterdam. They all have different demands. Commuters know their daily routes in their sleep, while guests from out of town might feel nervous about finding their way into the city centre. Rotterdam Centraal Station sees itself confronted by an even more complex -future. Prognoses predict a growth of the number of travellers from currently 110,000 per day to 320,000 in 2025. The projected drastic rise of daily users is partly linked to the plan to make Rotterdam a stop in the European high-speed train network. As a result, platforms had to be widened, as well as the existing 8-metre-wide underpass that connects the platforms and would never have had sufficient capacity for the multitudes of passengers expected in the future.

This narrow underpass was the only connection between the two parts of the city that were brutally divided by the extensive railway area. How to negotiate this divide? Provenierswijk, the district situated north of the station, is a quiet and green 19th-century residential area. The more dynamic city centre is located south of the station. The architects felt called upon to create a more convenient connection between the two parts. In the original station the barrier that people needed to overcome when moving from one side to the other was not only spatial, but also psychological. In the 1990s the station and its underpass became notorious as a location for petty crime, such as muggings, harassments of various kind and drug dealing. The Rotterdam city government tried to solve the problem by proclaiming a ban on public assembly, but never succeeded in dispelling the atmosphere of notoriety and lurking danger.

It became clear that the commission of Team Centraal Station (CS) involved more than solving mere spatial issues. The architects and their collaborators had to deliver a design that would turn the station and its surroundings into a safe and comfortable public space. The decision to start from scratch – demolishing the old station and designing an entirely new one – could only be partially realised due to the fact that the construction work had to be carried out while trains kept running at their regular speed. This was the reason why Team CS chose to leave intact some of the structures, like locations of platforms and the metro entrances. By contrast, an initial plan for the whole area by Alsop Architects, who presented a grand-scale development with shiny towers in the shape of champagne glasses, had been rejected by the Dutch government as being too expensive. After Team CS won the contest that followed the rejection of the Alsop proposal, all eyes were upon them. They had to come with a smart solution to bring order to a chaotic situation.