How to Survive in Moscow 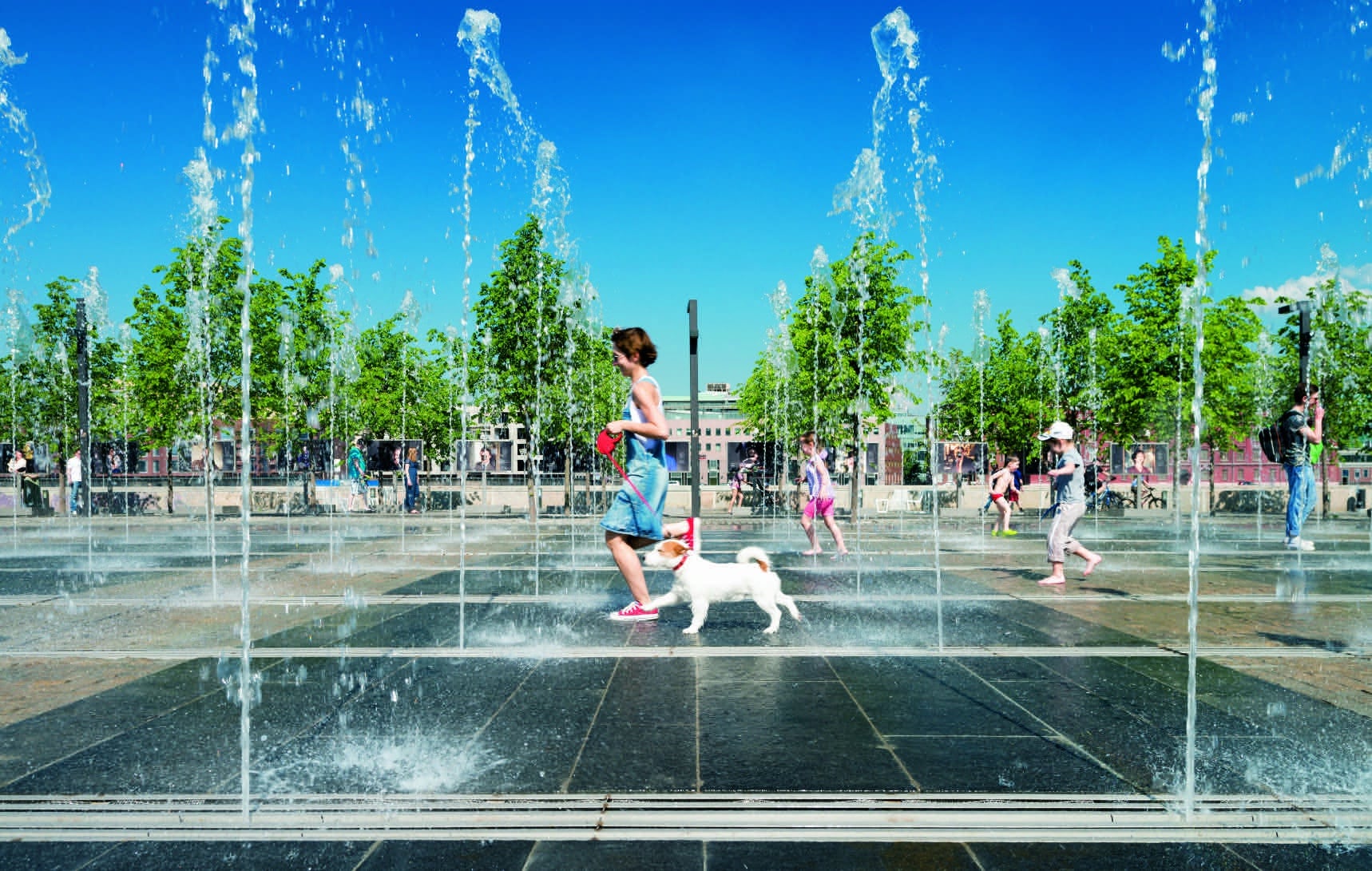 Public space was long a non-issue in Moscow. It was not until 2010, with the removal of mayor Yuri Luzhkov that a change began. A rethinking of public spirit occurred that went beyond the collectivist ideals of the Soviet period and the egocentrism of the preceding decade. As a result, planners once again began to work on the design of public space.

During the times of turbo-capitalism after the collapse of the Soviet Union, a small, closed club of Russian architects, men who are now around 50 years old, dominated construction activity in Moscow. Even international stars like Zaha Hadid and Norman Foster were not able to take advantage of the competitions they had won. While a small number of architects were mainly concerned with increasing their wealth, most were merely trying to survive. Under Moscow’s mayor Yuri Luzhkov, public space was not an issue. His conservative taste became the general standard and found its peak in bizarre antics like the monument to Czar Peter the Great – which is, at nearly 100 metres in height, one of the highest monuments worldwide. 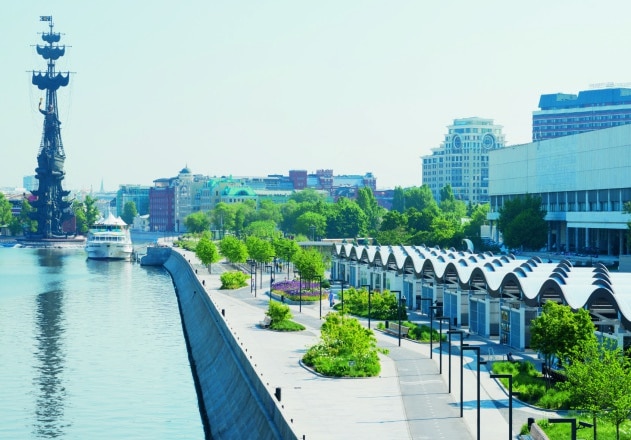 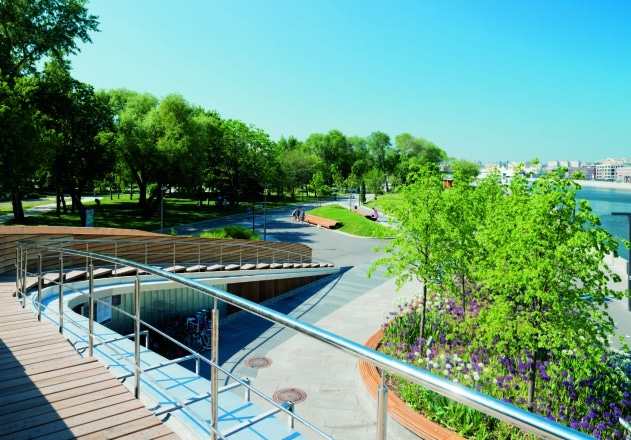 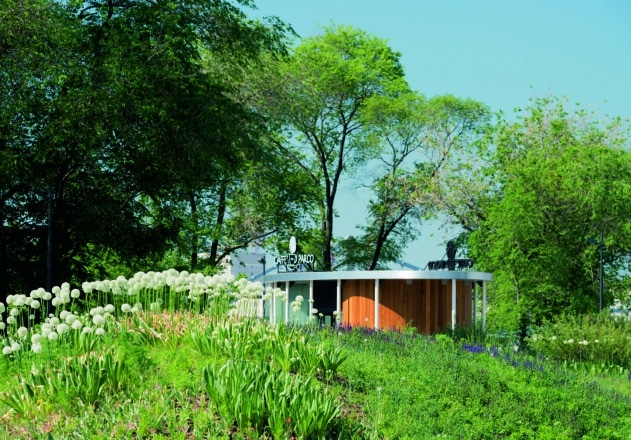 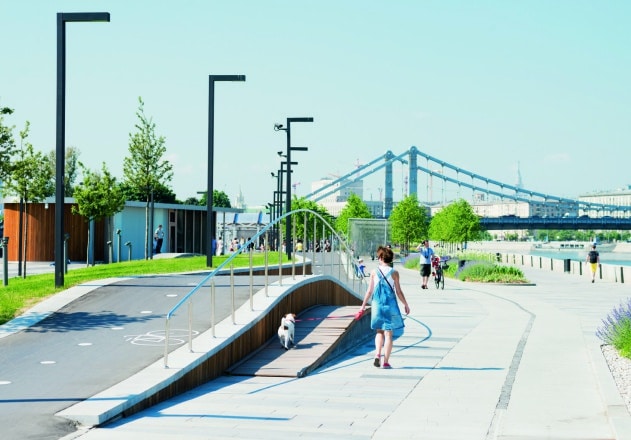 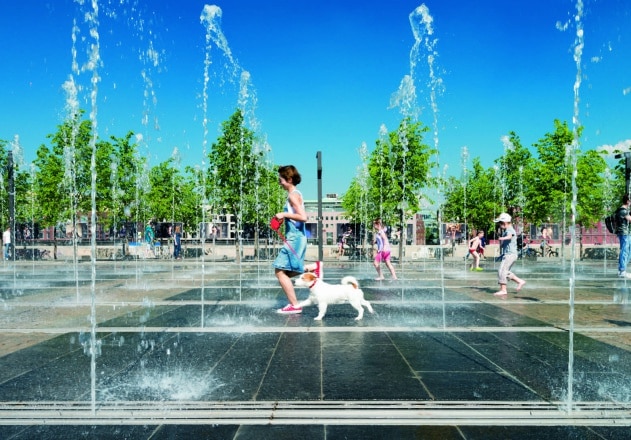 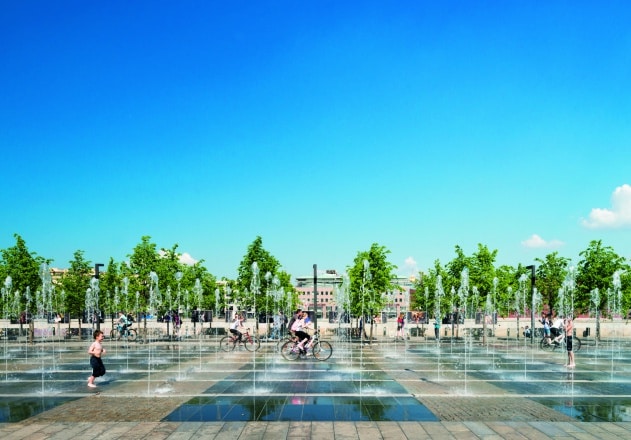 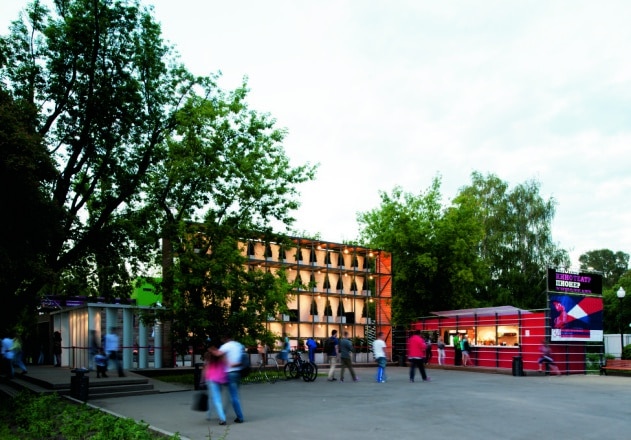 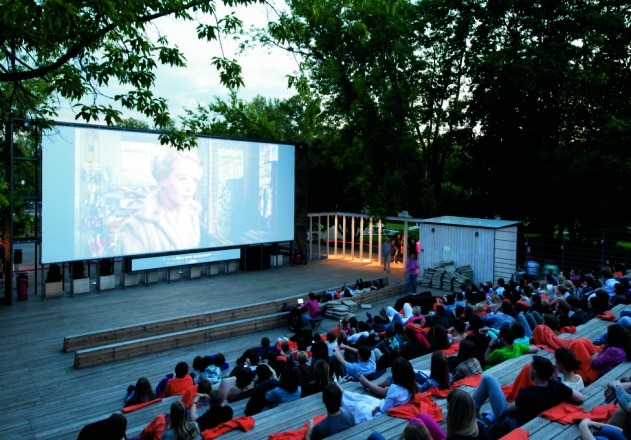 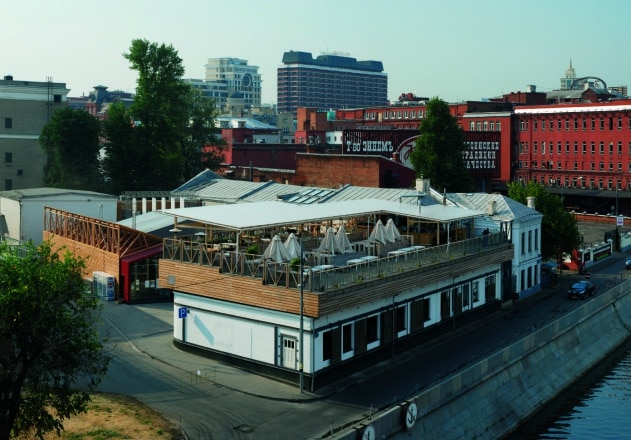 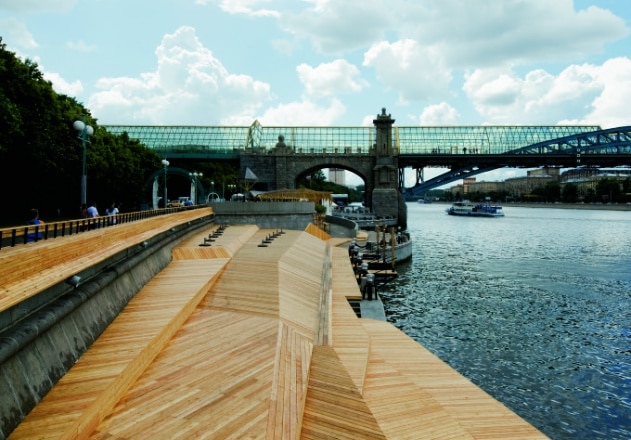 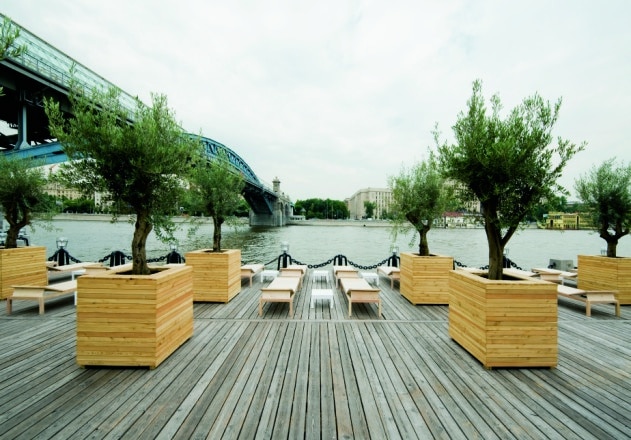 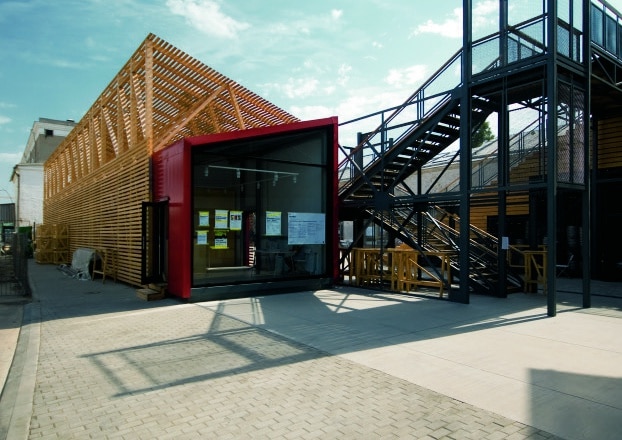 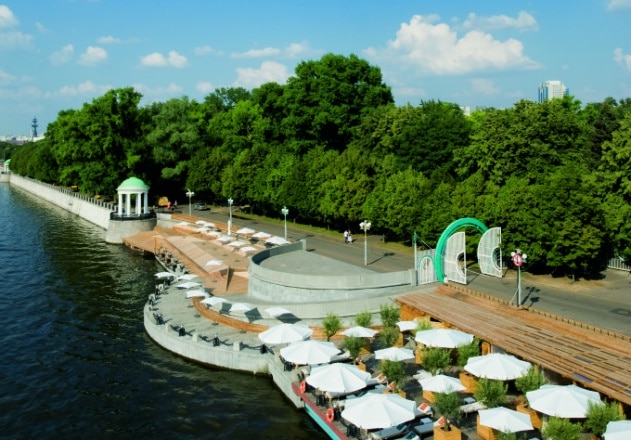 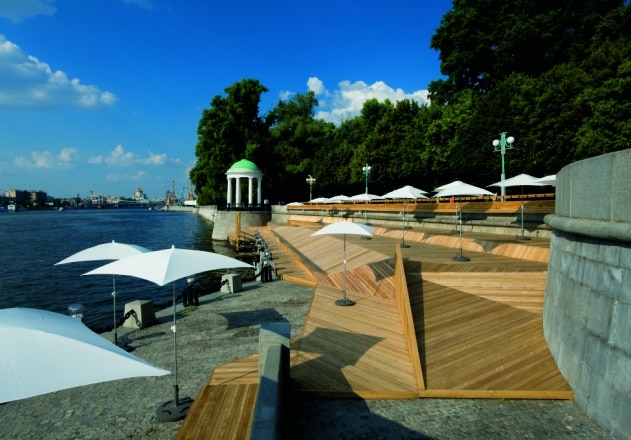 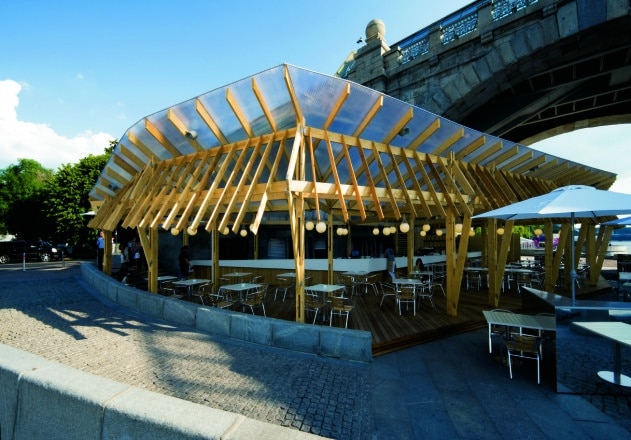 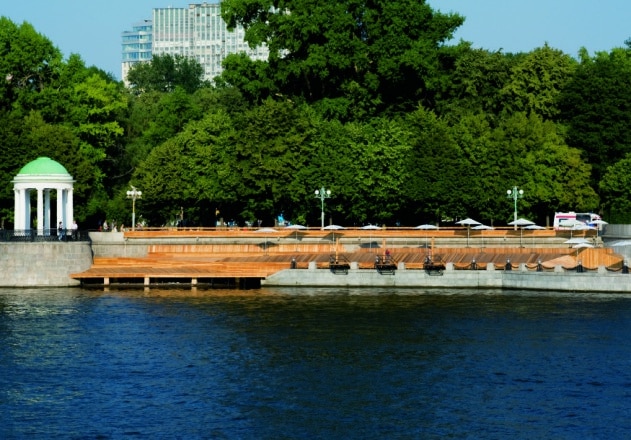 Architecture as a Luxury Item

In 2007 architects Dmitri Likin and Oleg Shapiro founded the firm Wowhaus. After completing their studies in architecture in the wild 1990s, neither of them had any interest in designing shopping centres, pre-fabricated concrete buildings or ostentatious palaces for the nouveau riche. Instead, Likin became an art director for the first generation of glossy Russian magazines. In 1998 he began working for Channel One and is now the head designer at the television channel. Schapiro is primarily a “businessman” who continues to sell helicopters. Their financial independence gave them the freedom of following a clear architectural approach and in their architecture firm they only work on projects that genuinely interest them. “We didn’t face the problem of survival,” says Likin. Until 2010 Wowhouse remained rather small and manageable.

With Luschkov’s fall from power and the election of Sergei Sobjanin in 2010 as the new mayor of Moscow, a rethinking of public space began to occur. Sobjanin introduced a new agenda for the city: The redesign of parks, the planning of new pedestrian zones and bicycle paths and the renovation of theatres and libraries became a key issue. On the political side, these projects were largely driven by Sergei Kapkov, who had been the head of the Roman Abromovich-financed national Academy of Football since 2006 and before that was the vice president of the Russian Football Association. In 2011 he was appointed director of Gorky Park and in 2012 became the city’s Minister of Culture. In this position he quickly became known as the “hipster minister” and was the face of the new, western-oriented Moscow.

“One of the tasks of architects is to create happiness”, says Dmitri Likin in a discussion. One of the first of the new, vibrant places Wowhaus created is the Strelka, an institute for media, architecture and design. Founded as a non-governmental institution in 2009, it offers one of the most unique forms of architectural education in Russia within a postgraduate program of study – a laboratory for a practical and theoretical examination of the city. Rem Koolhaas was the dean here for the institute’s first three years. One of Strelka’s most popular events is the so-called “Strelka Summer”, where lectures, film screenings and performances by international architects, designers and cultural scientists are open to the public and have had, in addition to the institute’s bar, the greatest public impact. Likin and Shapiro are among the five founders of Strelka. They are now members of the foundation’s board and also redesigned the institute’s building, which used to be a garage belonging to the Red October chocolate factory.