The Celebration of Co-creation 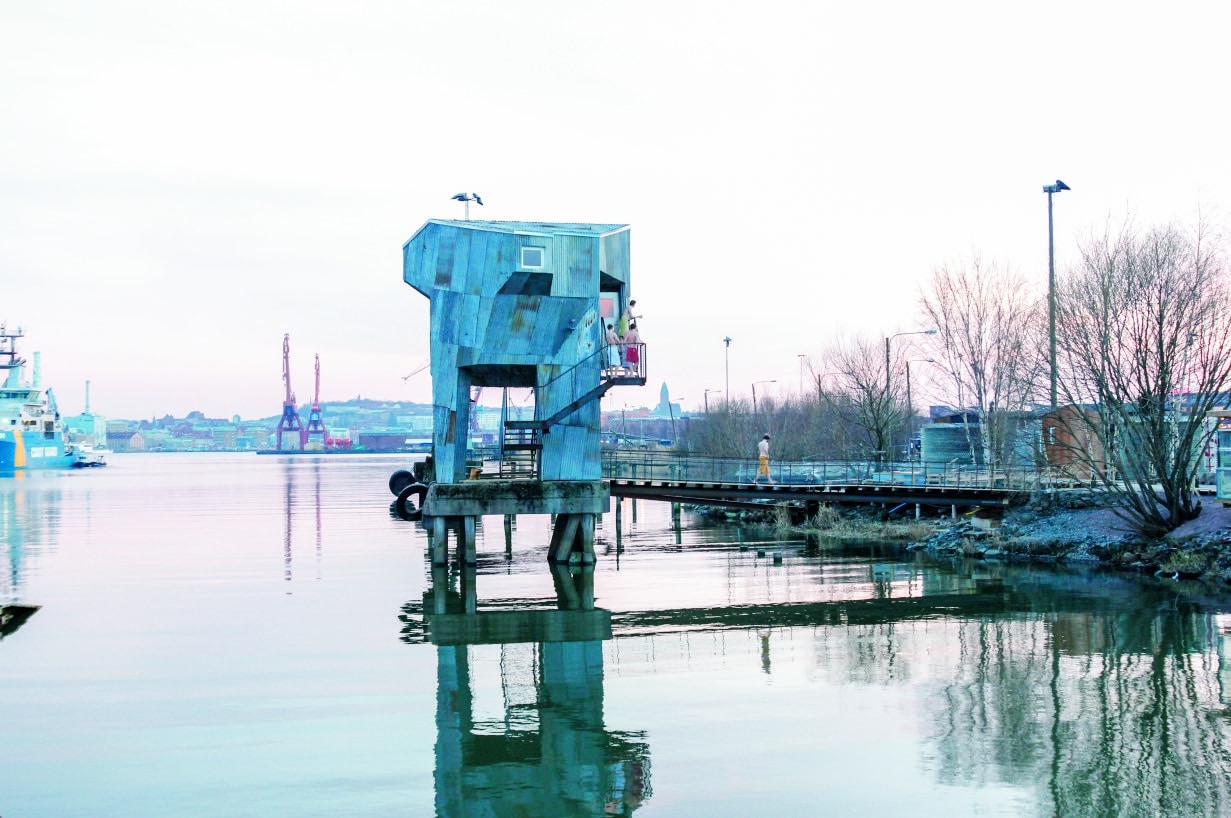 Public Space and Bathing Culture, which currently appropriates an area of the derelict harbor at Frihamnen in Gothenburg, Sweden, is more than a participation project or an urban renewal process. Through prototyping, the city is nurturing a transformation culture of site-specific interventions, that may change city governance from the inside out.

The public sauna situated at the harbor of Gothenburg in Sweden might not be a discreet project, but it is most definitely an agglomeration of small-scale initiatives that fosters a much-needed creative resistance towards the long-term strategic visions and plans in place for the transformation of this derelict harbor area. 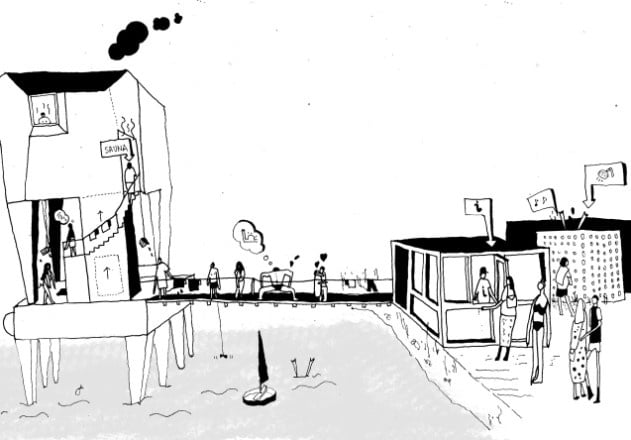 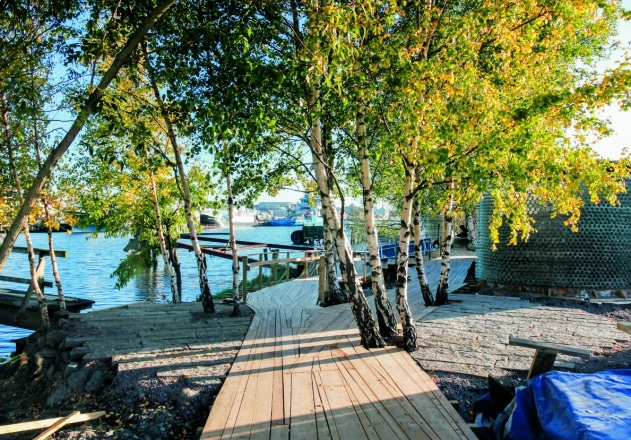 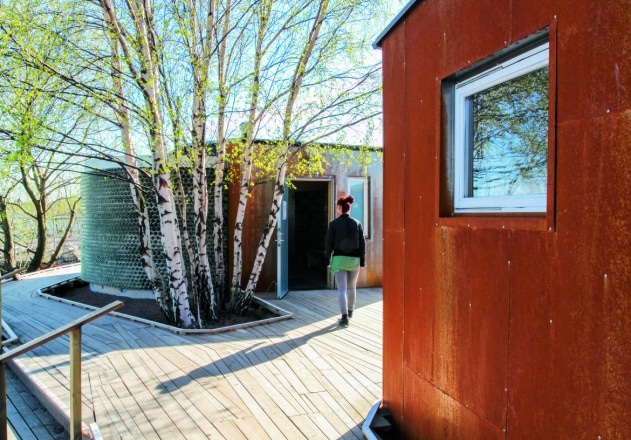 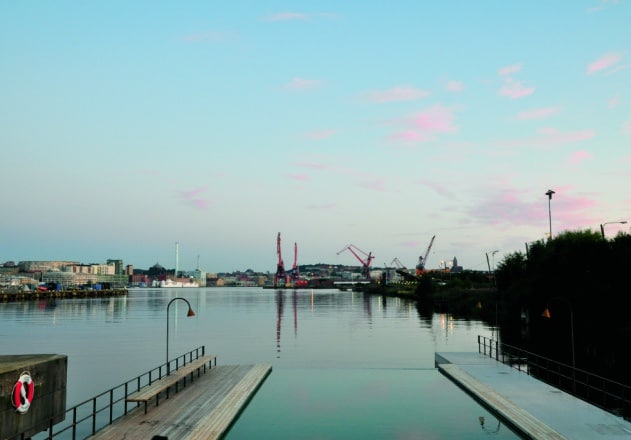 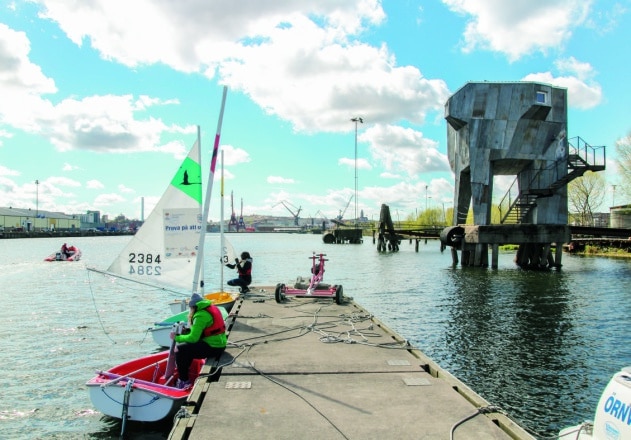 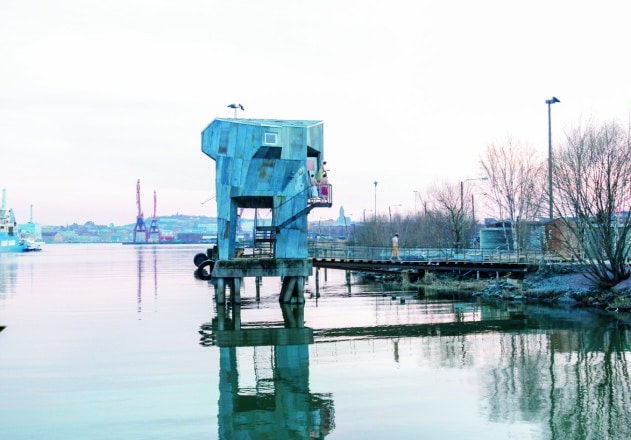 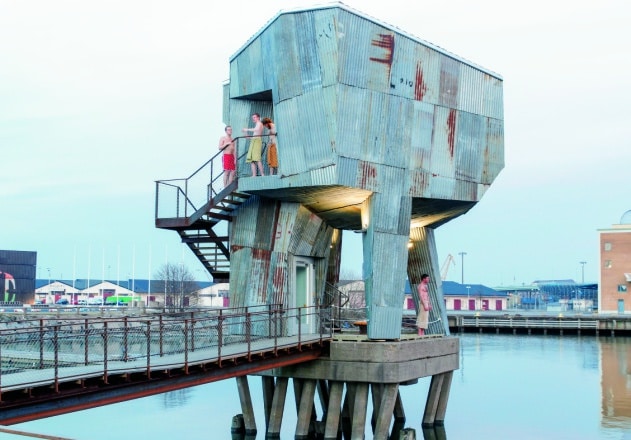 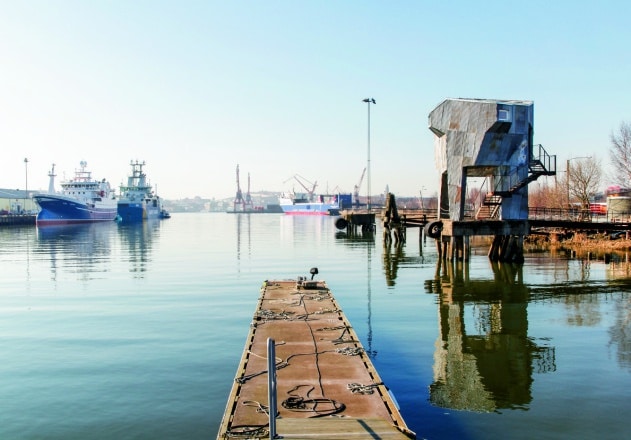 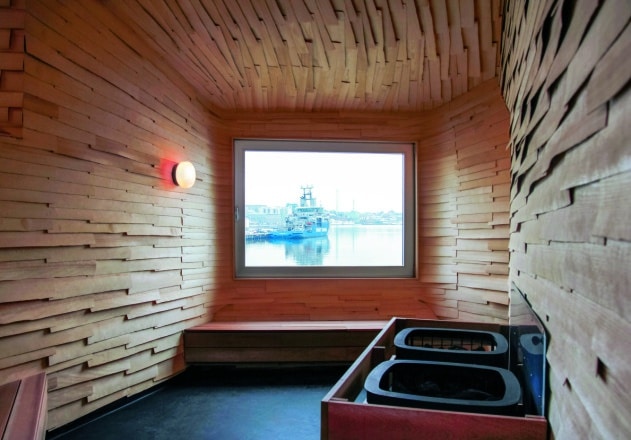 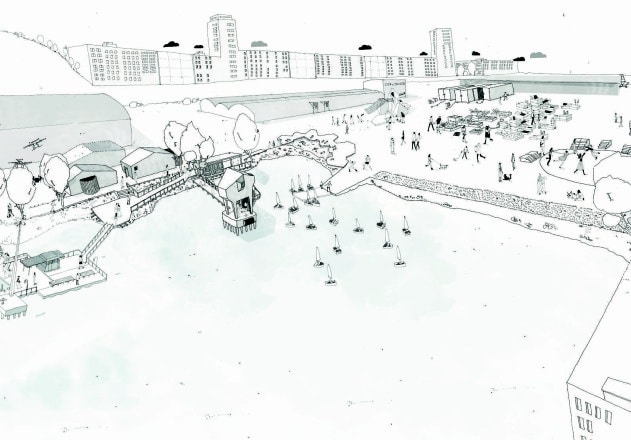 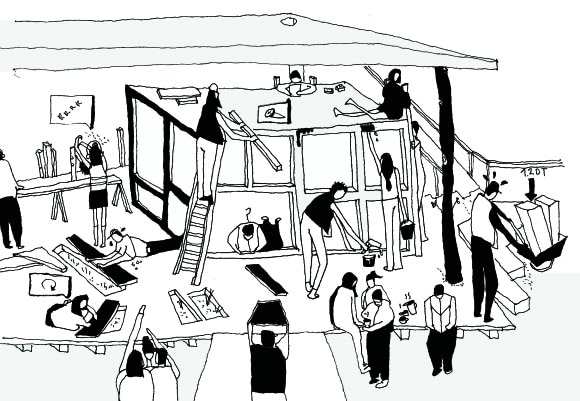 Commissioned by the city planning authorities and public developer Älvstaden Utvecklings AB, the public sauna by Berlin-based architectural practice Raumlabor is one of several prototypes constituting the initiative “Public Space and Bathing Culture”. The collaboration between the city’s representatives and raumlabor have so far resulted in prototypes such as the beach, the pool, the sauna, a sailing school, the roller-derby rink, urban farming, a park at one of the abandoned hangars at the site, and “The Mountain” – a water installation for children by artists Akay and E.B Itso.

The aim of the prototypes is to spur exploration into what constitutes a park of the 21st century, which will inform the design and programming for a future park to commemorate the 400th anniversary of the City of Gothenburg in 2021. The park will be dubbed the Jubileumsparken, which translates to “Jubilee Park.” The current initiatives deploy the label Jubileumsparken 0.5, the suffix of 0.5 indicating that the prototypes are in fact temporary constructions.

In 2010, the City of Gothenburg launched a city-wide vision for rehabilitating nine urban districts, all located in proximity to the banks of the Göta River. Dubbed the “River City Gothenburg Vision”, and adopted by city council in October 2012, the vision encompasses one of the most ambitious urban renewal projects ever undertaken in Sweden. Presently being molded in policy documents and planning guidelines, the current implementation phase focuses on the transformation of the Frihamnen district, a dilapidated industrial zone and vast harbor area sited on the north bank, just across the river from the Gothenburg central station.

Since the City of Gothenburg aimed for an urban design that not only celebrated site-specific qualities, but also made them accessible and inhabitable for all spectra of Gothenburg’s population, the city supplemented master-planning and initiated an innovative approach to urban transformation. The two main incentives for innovation include the mobilization of the municipality-owned company Älvstranden Utvecklings AB, and the decision to pursue prototyping of a park design at Jubileumsparken 0.5. Through the public developer, the city facilitates a more creative intersection between land distribution, design, strategic planning, and politics. With prototyping at Jubileumsparken 0.5, the city jumpstarts place-making at Frihamnen prior to introduction of real estate speculation, which often emerges in concurrence with land subdivision and distribution.